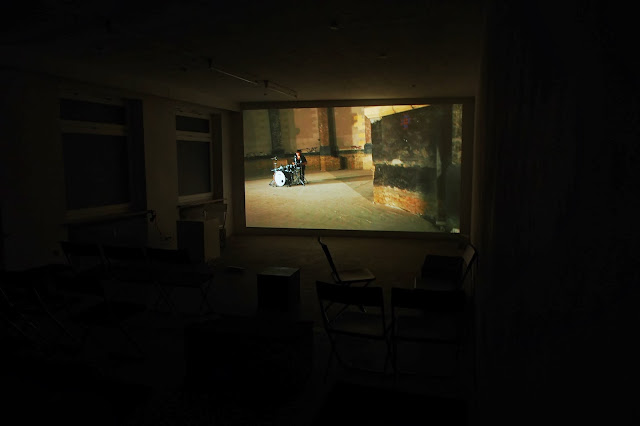 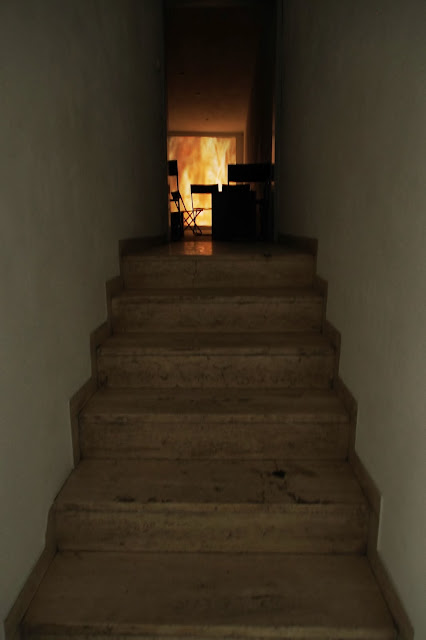 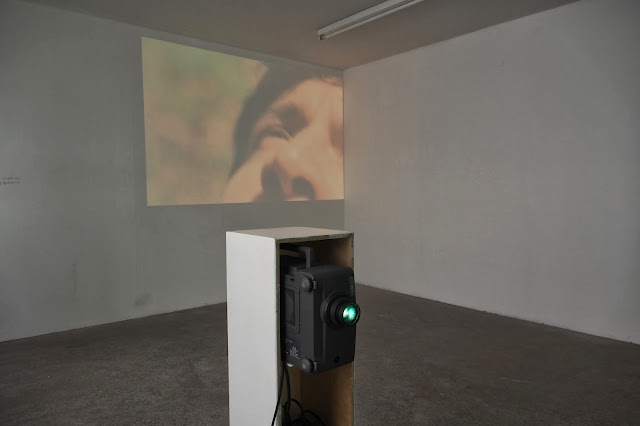 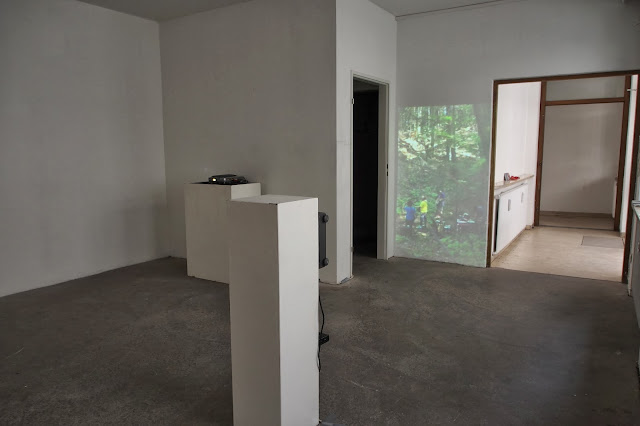 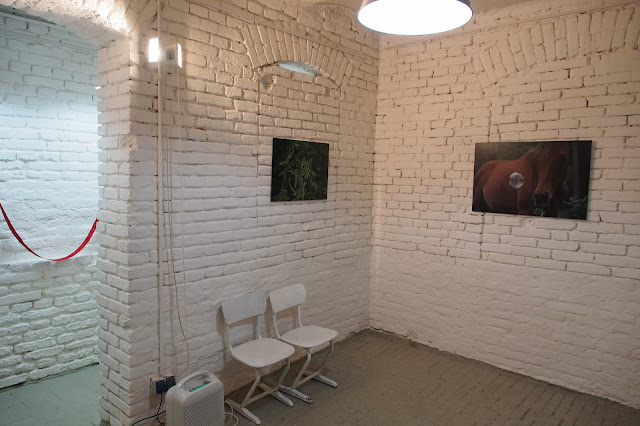 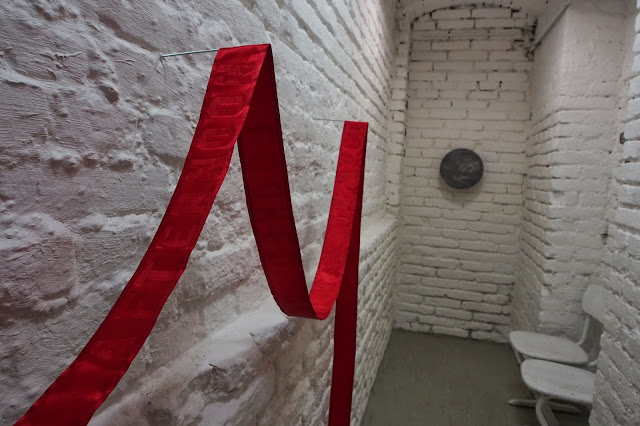 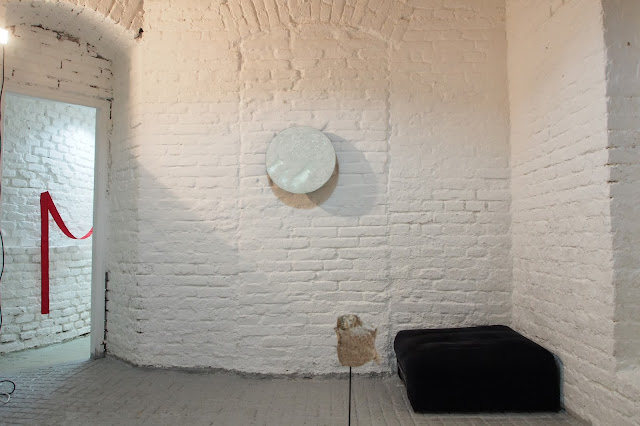 The unspoken boundaries between programmed and surprising moments that fill the works of Oscar Santillán are traced in subtle forms; a circle of waterdrops, a dusty mirror, a buried sparkle, a horse contemplating a bubble made out of his own sperm, hair coming out of a white gallery wall, a deer looking the horizon from the edge of a blank newspaper. In these instances, activated through his own subjectivity, Santilán maps the structures of what is called contemporary. The intention is not to overly highlight the many references that are present on his works – although Santillán possesses a vast cultural knowledge and the capacity to elaborate upon it – but rather to remain focused on his exploration of models of compensation for empty spaces – how everything can be connected, should be explained multidimensionally. For a visual idea of how Santillán underlines this, see the video Correspondences (2013), in which an opera singer tries to sing in accordance with the cracks in the ceiling that somebody first traduced through a technical experimental system into notes.

Thinking about how can I accompany the works of Santillán in Kunstraum Muenchen and Munikat Open Space in Munich, I come to the idea that the purpose of a curatorial text should be a dialog – not only with the exhibition itself – but to the discourse Santillán himself initiates. Santillán is one of the few artists who do like to compensate the abyss around the artwork by interpreting it himself. As he likes (and can) talk about (and with) his own artwork, he does also not confine this conversation to the art as such, but transcends into a more abstract situation. This way, Santillán assures his right to universality, which mostly doesn't come a priori for artists that began to produce from a context other than the „center“ of western cultural system. This is an issue to reconsider, about which Santillán laughs, though not without a deep political statement: „Ecuador needs to hold on to an imaginary line – the equatorial line – to feel important“.

The Manifesto of Goodness (2012) and the Telepathy Manifesto (2011) are video works that present themselves not only as accurate portrayals of Santillán's ideals, but also as the manifested fascination of artists for absolutes. To play with poetics is quite an exercise if one doesn't fall into the pathetic; it demands an almost religious concentration to depict with a simple gesture the simplest, unexplainable beauty. To orient this exhibition, On Hesitation Marks, is to compel the drive that holds the logic of every picture Santillán's, that is, the need to continue exploring the things he felt differently about ten years ago.

As i started to organize this exhibition for Munich, I was listening to the new Nine Inch Nails project, where questions are delicately asked about masculinity, about aging, about the perseverance of the work of the artist. Trent Reznor's songs about the devastating situation in which nothing is considered original enough, or the struggle not to be labeled as one of an international network of art producers, mirror the excavations Santillán conducts within the rich list of works on offer here.

The first memory I have of Oscar Santillán is him turning his back to me as I entered the atelier where he worked with the artists group LaLimpia (at that time including Ricardo Coello, Fernando Falconi and Stefano Rubira). He took a shower while we waited for him on the balcony above Eloy Alfaro Street in Guayaquil, and when he joined us, I started my
interview for the El Universo newspaper’s Sunday magazine on the works of the new and interesting young artists. He started cutting his toenails while answering my general questions. As he looked at me and I looked uncomfortably at his feet, I didn't know if I should laugh of feel offended and stop my journalist duties to start a discussion. „Maria, don't worry. I'm just teasing you“, he said. I understood that this attitude was a way of communicating things beyond common modes of discourse.

Following the work of Santillán for the last few years, I've witnessed a couple of intentional mutations, certain mutations that had to be visually translated before being visible to the eye. The masked sublime of Santillán's Color Sperm (2011) recalls for me the defining era for contemporary art; a lineup of personalities that have appropriated themselves from a peculiar state that defines them as artists; somehow since Duchamp's exploding Coffee Grinder. Santillán's works are therefore a result of constant re-assurance of having a soul. 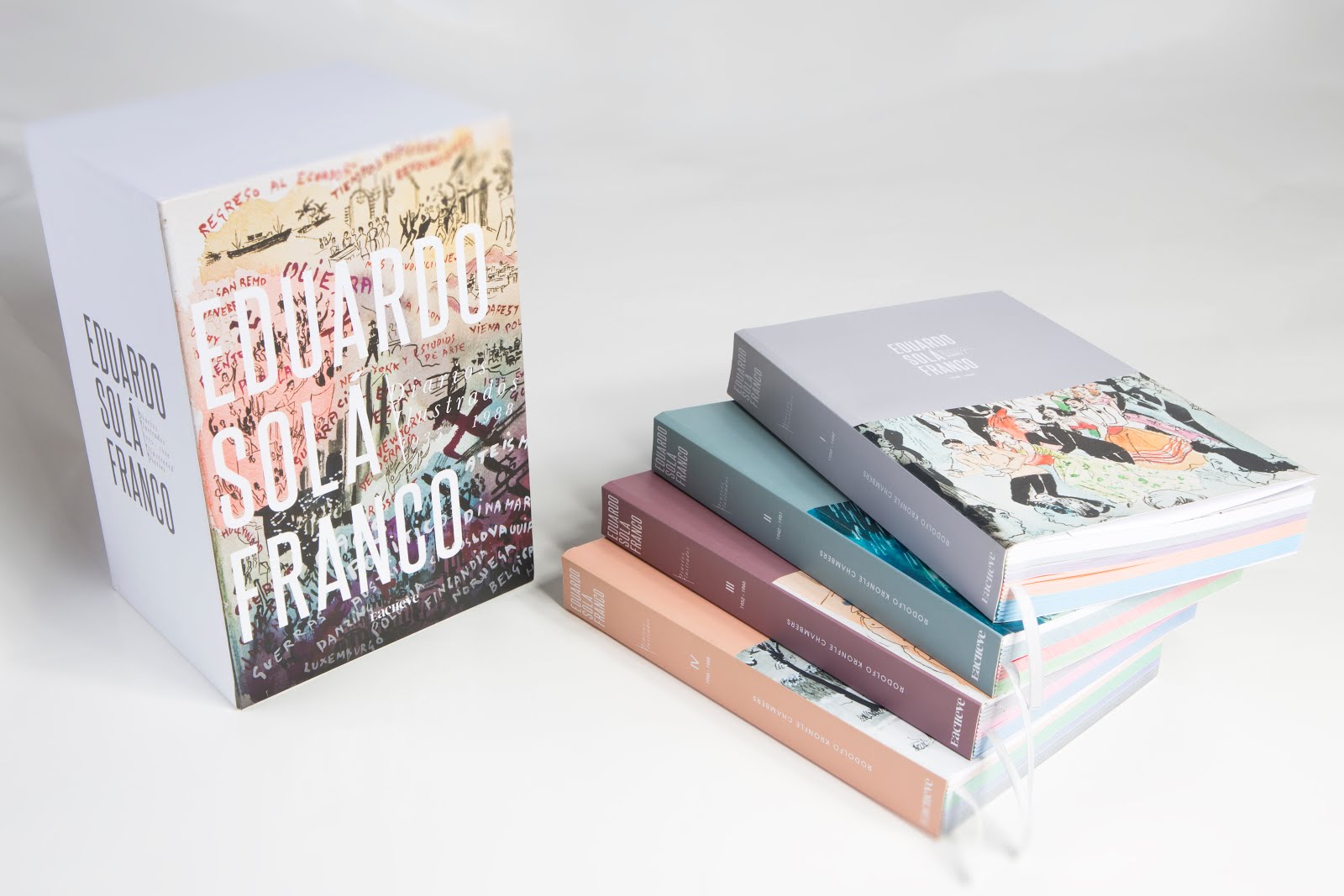